As Spark gets closer to taking the float test, I am trying to upgrade her to cruising. Originally she was part of the GP14 racing fleet in Stone Harbor NJ, and this has caused no end of issues.

For one: There was little to no paperwork trail from the time she was built till I bought her. The NJ Department of Motor Vehicles completely lost it trying to figure out how such an old boat could have never been registered or have an HIN. It took a trip to the State Marine Police to get that straightened out.

Two: As a race boat, her abilities for cruising are quite limited. Even things like cleats are missing from her decks. She had a tiny little cleat on the bow, but it was more toy like that usable.. 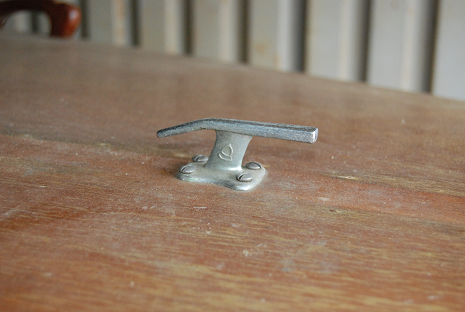 Now she has a more sizable and still stylish cleat in it's place. Bronze is a bonus! 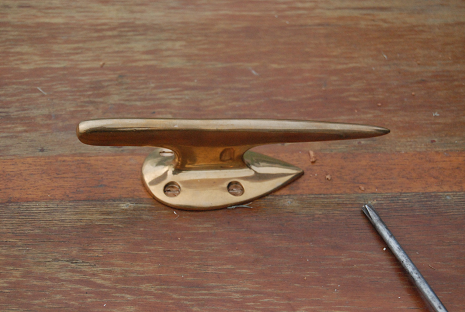 Once everything was cut out and holes drilled, I epoxied the blocks to the underside of the deck and bolted the cleats through. 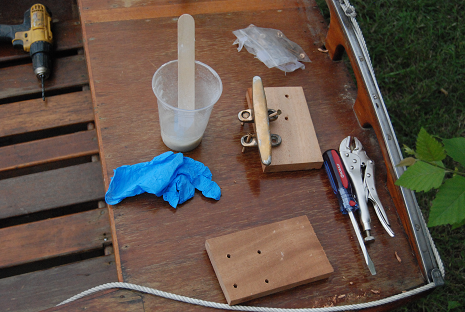 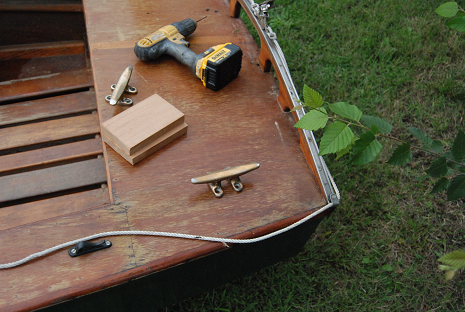 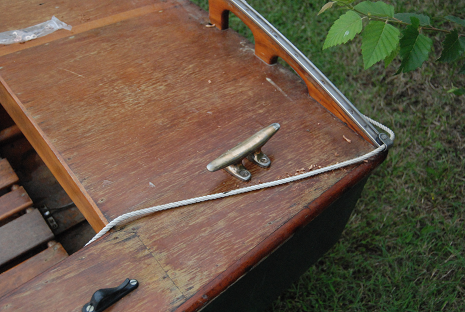 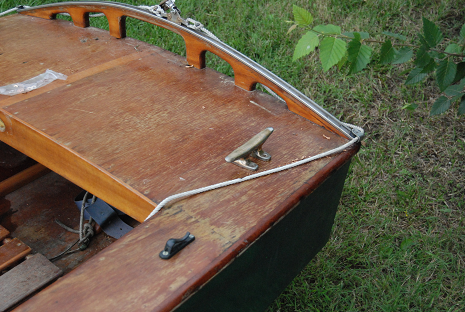 At least now I can tie up to the dock when at St. Michaels without worrying about ripping the horse off of the deck.

With also making her a nice little camp cruising boat comes the need for propulsion when the wind is nigh or from the wrong direction. I was not going to mount of a motor to Spark, so oars it is. Thankfully Bell Woodworking was kind of enough to already supply below deck blocks just for this. 1 1/2 inch thick mahogany blocks exactly where they needed to be when sitting on the thwart and rowing. 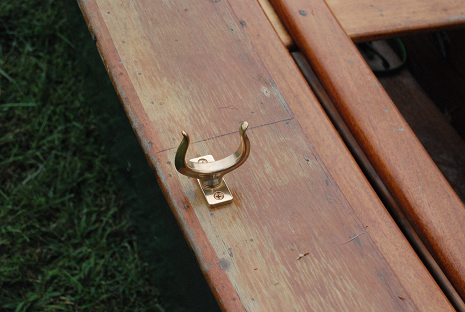 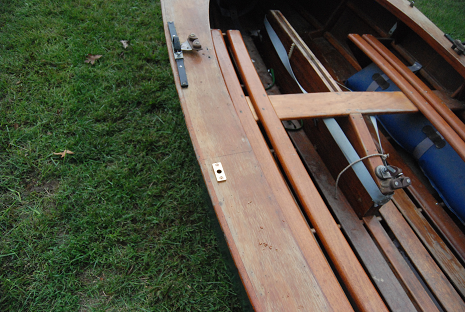 Shaw and Tenny supplied the oars and Chesapeake Light Craft was kind enough to sell me the oarlocks and mounts. 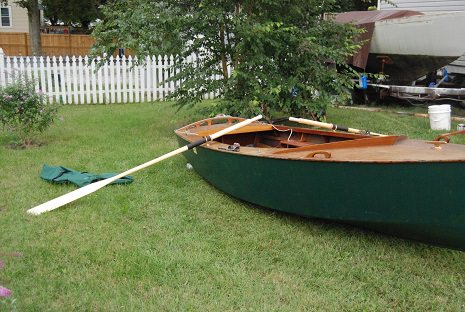 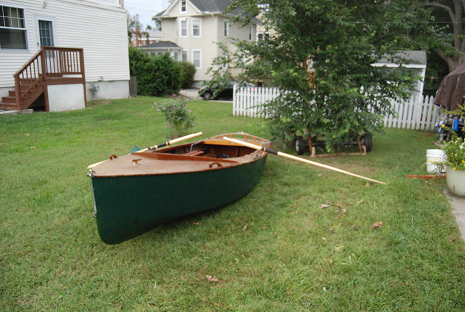 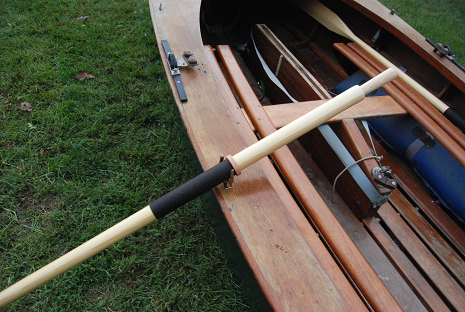 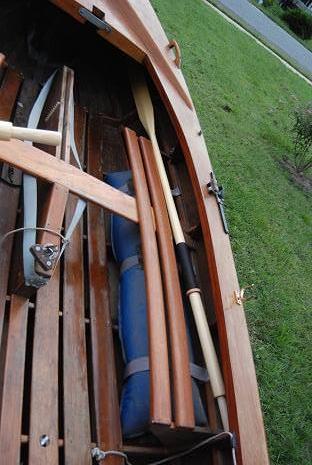 Art, I found your post while looking for references to rowing a GP14. I have an early series 1 GRP boat, sail #7130. Mine does not have any blocks underneath the decking installed for oarlocks, unfortunately. Would you have any measurements you could share with me on the location of your oarlocks? Looks like it's perhaps a foot aft of the athwartships bench? What length oars did you go with and have you had a chance to use them? Thanks for any info you can share!
Top

My boat is laid up for storage at the moment, but I will try to get out to her in the coming week to get some measurements for you. The Oars I bought from Shaw and Tenney and are their 8 foot length narrow blade examples. I was advised against going longer due to the lack of storage in the boat itself.
Montgomery 17 #406 Tea
GP-14 #5942 Spark
CLC Expedition Wherry Zero

Thanks, Art! I was thinking of getting some 2 piece aluminum ones so that I could do 8.5 or even 9 feet and keep them broken down while not in use (it would only be if I was far from my club and the wind died). Have you gotten any use out of the 8 footers? I saw the issue that you had with your rudder. I had seen the weakness in mine and went ahead and drilled the screw holes out and replaced them with through-bolts. I've also bolted my rudder blade down permanently after it bobbed up at the wrong time and I lost control right as I was coming up on another boat!
Top

Users browsing this forum: No registered users and 3 guests